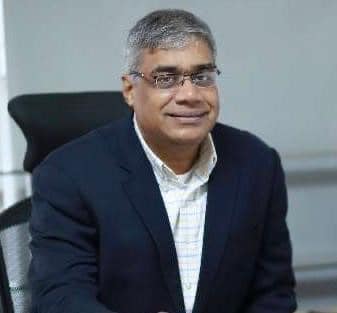 Dr. Dhileep Krishnamurthy is a senior pharmaceutical industry leader and has been advising and consulting in pharmaceutical research, development, and technology platforms for academia, industry, and governments worldwide and in particular India, China, and the USA. Currently, he is an Executive Vice President and Chief Scientific Officer at Jubilant Ingrevia Limited, New Delhi, India.

Dr. Krishnamurty has obtained his Ph.D. in Chemistry from the University of Utah, Salt Lake City, and an M.Sc from Indian Institute Technology, Bombay. He has more than 100 publications, patents, and invited presentations to his credit. He had co-invented the commercial process for new drug Entecavir and Empagliflozin when working at Bristol Myers Squibb and Boehringer Ingelheim Pharmaceuticals, Inc. He has recently been named a Fellow of the Royal Society of Chemistry and a member of the National 1000 Talent Program from China’s PR. He also won the highest award for a foreigner “West Lake Friendship Award” from Zhejiang Province, China. He served as one of the panel judges in the “Presidential Green Chemistry Challenge Award” EPA, US Government. Currently, he is an editorial advisory board member in Green Chemistry, an RSC Journal based in the UK.