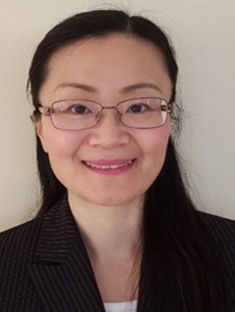 Dr. Bo Qu joinedTCG GreenChemin September 2021 as the Associate Vice President ofProcess Technology and Process Chemistry department supporting chemical process R&D activities.She is responsible for establishing and implementing process technology with emphasis on solid state science, reaction engineering/safety, new technologies such as flow chemistry, HTE in catalysis and bio-catalysis, supporting development of chemical processes for manufacturing of drug substances that comply with regulatory, clinical, registrational and commercial requirements.She and team deliver all technologies and API development for pre-clinical and clinical, up to Phase II and beyond, and authoring all relevant filings and reports for CMC sections of regulatory health authority submissions.

Dr. Qu obtained her BS degree in Chemistry, then followed with a MS degree in chemistry at University of Science and Technology of China at Hefei, China. After coming to the United States, she completed her Ph.D. degree (2002) from the University of South Carolina under the guidance of Professor Richard Adams. Her thesis involved developing alkyne- and polyyne-coordinated transition metal complexes with enhanced electron transfer properties and applications in catalytic reactions. She carried out a postdoctoral fellowship with Professor David Collum at Cornell University on mechanistic insights of organolithium reactions, specifically the structure and reactivity relationship with defined reaction platforms including 1,2-addition to ketones and imines, and acylation reactions to generate unique ketones.

In 2006, Dr. Qu joined Boehringer Ingelheim Pharmaceuticals, Inc. Process Research and Development Group as a Senior Research Scientist. In 2007, she joined the newly established global Catalysis Center of Expertise at Boehringer Ingelheim, where she championed the growth of the group to become a state-of-the-art facility; and constructed numerous novel and practical catalytic and asymmetric platforms for cost effective drug development.She was one of the pioneersin the development ofnovel and unique P-chiral phosphine ligands at Boehringer Ingelheim Process Group. Specifically, she discovered one of a kind novel IP-driven chiral P,N ligand class named as BoQPhos for iridium catalyzed asymmetric pyridine reduction to produce valuable enantiomerically enriched piperidine-containing heterocycles for drug discovery and development. This discovery coupled with an unprecedented direct C-H arylation strategy, has enabled a concise and cost effective sustainable asymmetric manufacturing process for an 11β-HSD1 inhibitor for treatment of Type 2 diabetes. These accomplishments were instrumental in her promotion to Senior Principal Scientist in 2017. She subsequently published this work in J. Am. Chem. Soc. (impact factor 14.7). In 2017, she completed a 3-month assignment at the Boehringer Ingelheim Process Development and Production site in Germany to understand large scale manufacturing for API development. After returning, she was appointed as a Process Research group leader where she was responsible for development of economical and concise approaches for drug substance synthesis and sustainable manufacturing processes for large-scale APIs for preclinical and clinical studies up to Phase II. In 2019, she completed a 3-month assignment as a campaign manager in pilot plant at Boehringer Ingelheim Pharmaceuticals. She was involved in applying process technology including continuous flow chemistry, and had a splint stay at Solid State crystallization and engineering group at Boehringer Ingelheim Pharmaceuticals.

Dr. Qu has authored more than 95 peer-reviewed publications and patents, including five publications in J. Am. Chem. Soc., five in Angew. Chem. Int. Ed. (impact factor 11.7) and three in Chem. Sci. (impact factor 9.6), and many in other internationally renowned journals. She has been invited to give lectures at both national and international venues. She has delivered topics in many areas of catalytic transformations, asymmetric synthesis, and development of drug candidates in economical and sustainable manufacturing processes. She participated in Non-Precious Metal Consortium between Boehringer Ingelheim, Pfizer, and Abbvie, in an effort to fundamentally change the mindset of chemists in both academia and industry to apply earth-abundant metals as catalysts for sustainable chemical processes. In 2020, she was appointed to the Scientific Board of International Symposium of Homogeneous Catalysis (ISHC). In the same year, she was invited to spearhead an Organic Reactions chapter with Professor Marisa Kozlowski at University of Pennsylvania on controlling Catalytic Atroposelective Aryl-Aryl Bond Formation. In 2021, she joined one of the prestigious organic chemistry boards, Editorial Board member of Organic Reactions.