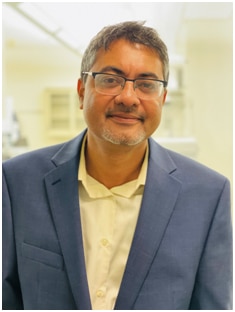 Chaitanya Wannere received his MS (M.Sc.) in Organic Chemistry from The Indian Institute of Technology-Bombay, Mumbai (India). During his MS, he worked on synthesis of isoquinoline-based polydiacetylenes with Prof. S. S. Talwar. Following that he worked with Prof. K. D. Deodhar on synthesis of isocoumarins and the associated derivatives. Starting 1998, he registered for Ph.D. under the guidance of Prof. Paul v. R. Schleyer and co-mentored by Prof. Henry F. Schaefer III at The Center for Computational Chemistry at The University of Georgia. His research was predominantly focused on computationally investigating reaction mechanisms, understanding aromaticity, and predicting novel zwitterionic non-classical carbocations and carbanions. A substantial part of his thesis included revealing the structure of [18]annulene, which had been a challenge since 1950s, and on investigating the existence Secondary Orbital Interactions. Over his academic career, he has collaborated with Prof. George Olah, Prof. K. N. Houk, Prof. R. Bruce King, Prof. Allinger, and Prof. Gregory Robinson to investigate several topics in physical organic chemistry and transition metal chemistry. Chait also was responsible for inventing the d-orbital aromaticity in transition metal complexes.
He was a NIH fellow in the Department of Anesthesiology at the University of Pittsburgh Medical Center where he investigated structures of protein-based ion-gated channels.

In 2007, Chait started his career in industry as a method development Senior Scientist at Lupin (legacy Novel Laboratories). In 2008, he joined AbbVie (legacy Forest Laboratories, Allergan) as a method development Research Scientist. During his 8-year tenure, he supported development of 7 products at Forest and, also, assisted in several due diligence activities by reviewing product portfolios for potential M&A. He was appointed as the global SME for implementation of Empower at Forest. Concurrently, he completed his MBA in 2014 (in 16 months period), while working full-time from Stony Brook University, majoring in Corporate Finance and General Management. He was heavily involved in CMC activities on several products and was the Head of the Automation group.

In 2015, Chait joined Merck Animal Health and had lead CMC activities on 5 products of which 4 are approved for US and ROW. For his work on Bravecto 1 Month,® he was presented with the Merck Innovation and Team Work award. In 2020, he joined Foresee Pharmaceuticals and was responsible for driving the CMC activities on the currently approved Prostate Cancer drug Camcevi. He was also accountable for interacting with the FDA and European LOQs.
In his current position starting in September 2021, Chait leads the Pharmaceutical R&D groups: method development, validation, QC, and NMR. In conjunction with the Quality group, he is responsible for setting up the Quality Management System, developing and training the GMP group, and working closing with TCG Lifesciences in developing a phase appropriate continuum for standardizing GMP practices.

Chait is a highly energetic, scientific, and effective managerial leader with more than 15 years of experience in the pharmaceutical industry. He hasbreath of knowledge and direct involvement in drug development processes. In addition, he also possesses an extensive knowledge of cGMP activities, and has beeninvolved with CMC filings of several products in US and ROW.

Chait has about 40 publications in internationally reputed journals with more than 6000 citations (H-index of 26 and RG Score of 33.4). He was also involved in publishing a chapter titled “Zwitterionic “Neutral” and “Anionic” Carbocation Analogs” in Carbocation Chemistry (edited by George Olah). Currently as a member of Innovation and Quality Consortium, Chait and other industry members have published two articles in relation to “Lean Stability Approaches.” His current interests involve Risk Based Predictive Stability and Automated Method Development.